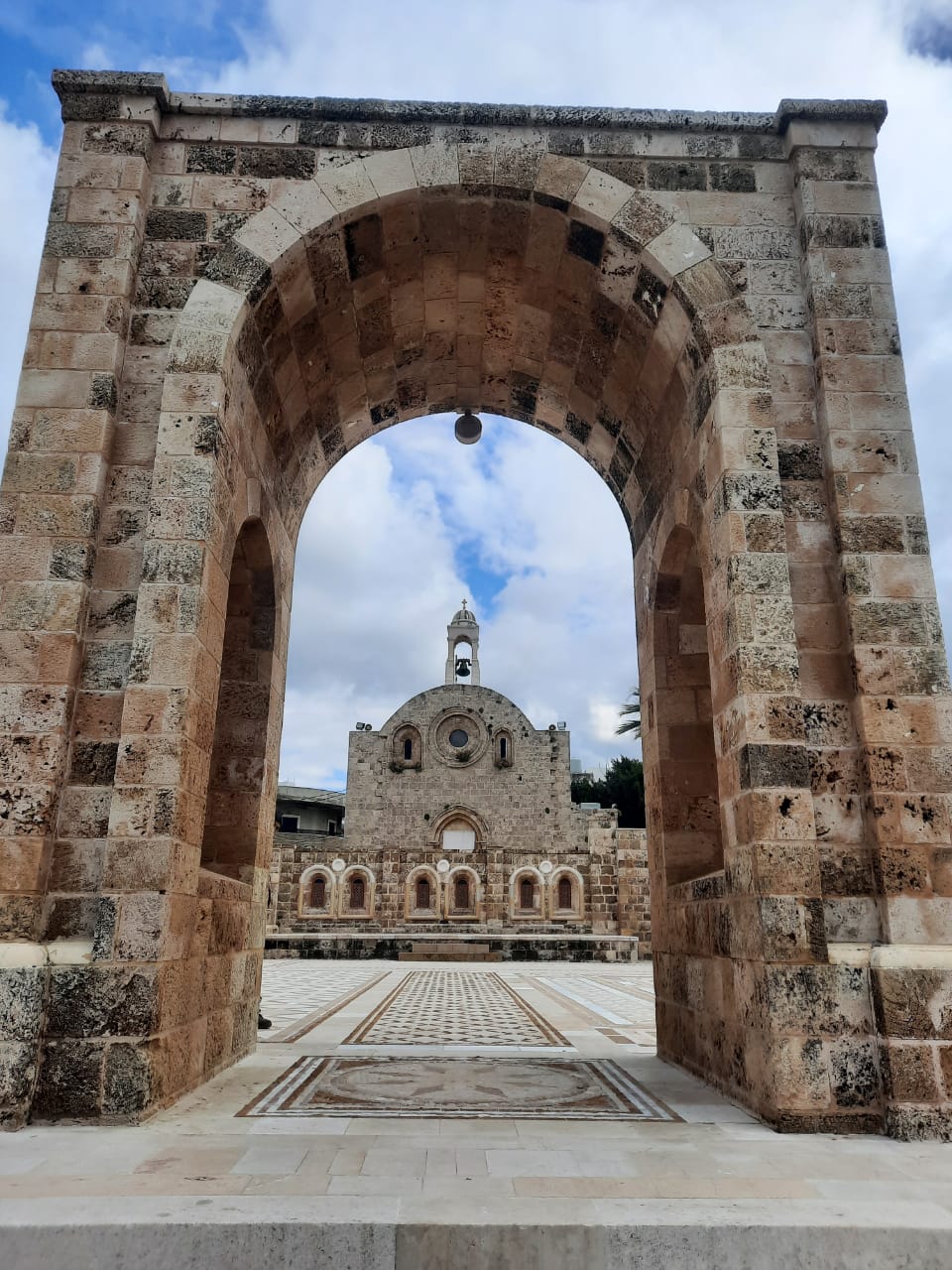 Or Martyrs Square at Al-Nahar Bldg., Beirut Downtown @ 7:10 AM

380,000 LL/person or 10$ including transport, professional guides, 5 minutes of warming up, stretching, and pictures.

Optional transportation by your own vehicles 250,000 LL/person

DESCRIPTION OF THE EVENT:

Anfeh is an old town that goes to the Canaanite-Phoenician era. It was mentioned as “Ambi” in Tall-El-Amarina letters, in the 14th century B.C. It was also mentioned in the Assyrian engravings during the reign of King Asr-Hadoun (681-669 B.C).

During the Greek-Roman era, Anfeh was mentioned as “Trieres”, which means the ship with three rows of oars.

In the Byzantine Empire, “Trieres” was mentioned in a wider aspect. It was a patriarchal center, and its pastor participated in the Council of Chalcedon in 451 A.C. It was destroyed by the earthquake that hit the Mediterranean eastern coast in the middle of the 6th century (551 A.C).

In the seventh century AC, Anfeh became a part of the Arab empire. It was mentioned in the Hadith of Prophet Mohammed that Anfeh was a strong barrier in the Roman sea. It is also known that Muawiya, the founder of the Umayyad dynasty, built a part of his military fleet in it.

The Crusades occupied Anfeh early in the 12th century. They called it “Nafin” and rebuilt its marine citadel [The Citadel of Anfeh].

In 1289 A.C, Al-Mamaleek lead by Sultan Qalawun obliged the Crusades to withdraw from Anfeh. They destroyed its marine citadel and threw part of its stones in the sea. Afterward, they made Anfeh the center of a district consisting of Al-Koura and Bcharreh areas.

During the Ottoman occupation, Anfeh became the administrative center for the Side of Anfeh that consisted of 13 villages and 14 farms. Later, it became the center of Qaza Al-Koura (district of Al-Koura) during winter, and a Serail [The Old Serail] was built in its southern area.

During the French mandate, Anfeh was an important base. During World War II, a military airport was built in Al-Sawdat, southern Anfeh.

Since the independence of Lebanon, in 1943, Anfeh has been playing a significant role in different social, academic, political, and economic aspects of the country.

A local Guide may accommodate us and introduce the village from his perspective.

The name Batroun is related to the Greek Botrys, which was later Latinized Botrus. Historians believe that the Greek name of the town originates from the Phoenician word, bater, which means to cut and it refers to the maritime wall that the Phoenicians built in the sea to protect them from tidal waves.

Our tour, due to its privileged location on the coast of the Mediterranean Sea; will be an easy and beautiful trail. First, we will go and take an easy path leading to “Saidet el Natour”, an old historical monastery, due to its strategic location it was invaded by all kinds of soldiers who passed through this area.
Later on, we will walk in the old village rich in ruins and caves and visit a very old Byzantine church (Our Lady of the wind) and the Citadel of Anfeh located on a peninsula known as “Rass Anfeh” and considered a Crusader residue characterized by its rock-cut channel (Al-Khandaq), we will encounter as well old graves, mosaic pieces, Salinas, wind wheels, hills, caves olive presses, and Phoenician salt pans, where you can take a lot of unforgettable pictures.

Later will head to Batroun, crossing by the Chekka tunnel, which is currently one of the top tourism destinations in Lebanon.

We will visit Batroun the historical “St. Stephan’s Cathedral”, walk in the old Souk, reach the “Phoenician wall and Fortress” and visit “Our Lady of the Sea” to finish our walk at “Makaad el Mir”. We will have a boat trip for around 30 mins at El Bahsa bay if there is no high wind.

A delicious seafood sandwich lunch will follow in a popular seafood shop/restaurant in Batroun.

Last but not least, who can visit Batroun without swimming in its fresh and clean waters?

We will visit a beautiful public beach and have time to relax, have fun and swim before heading back home.

On our way back to Beirut, we may stop in Batroun to drink fresh Lemonade.

Diversified.? Yes! You will encounter a lot of things on this tour!

Protect yourself and others around you by knowing the facts and taking appropriate precautions:

Distancing from each other is a must.

Cover your nose and mouth with your face masks. To keep it on, while we are on the bus.

Clean your hands often by using hand gel or other.

Healthy snacks that will boost your energy include dried fruits, lunch, water, MEDICAL FACE MASKS, HAND GEL, a cap, sunglasses, a swimsuit, a towel, and sunscreen. Wear comfortable walking shoes (A professional brand is recommended) and don’t forget to get a light jacket. DC members get a 20% discount on sports equipment in Sports 4 Ever branches.

==There will be a breakfast stop along the way==

FOR RESERVATION AND INFO:

Thank you for not smoking during the trip and following all the ecotourism rules including safety regulations (hikers are advised to join our events to their own responsibility). And occasionally, due to reasons beyond our control, slight modifications to the event may occur.